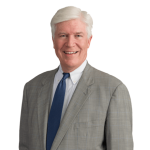 Defendants frequently want to keep settlement terms confidential and want lawyers for the plaintiff to refrain from publicizing the case. The Ohio Board of Professional Conduct has recently issued Adv. Op. 2018-3, advising in it syllabus, Ohio lawyers may neither propose nor agree to accept a settlement term that prohibits a lawyer’s disclosure of information contained in a court record.

Such opinions are considered non-binding advisory opinions of the Board and do not reflect the opinion of the Ohio Supreme Court.

This opinion is based on Prof.Cond.R. 5.6(b) “A lawyer shall not participate in offering or making … (b) an agreement in which a restriction on the lawyer’s right to practice is part of the settlement of a claim or controversy.” This rule is cited because prohibiting a lawyer from publishing information concerning allegations and defenses raised, the names of the parties and lawyers, the date the case was filed, and the date of any voluntary dismissal in the case, “directly interferes with the lawyer’s ability to advertise and market his or her services in a manner consistent with the Rules of Professional Conduct.”

The opinion also notes: “the prohibition contained in the rule serves to protect the public’s unfettered ability to choose lawyers who have the requisite background and experience to assist in pursuing their claims.” The prohibition “also prevents settlement agreements from being used to ‘buy off’ plaintiff’s counsel through an offer of a higher settlement amount in exchange for the lawyer foregoing future litigation against the same defendant.”

This opinion does not restrict the rights of parties and their lawyers to negotiate other confidentiality terms during the life of case or as a part of a settlement. The Board opinion begins its Conclusion noting “Parties routinely enter into settlement agreements that contain confidentially provisions that prevent the disclosure of the settlement, the terms and conditions, and any amounts paid in exchange for the dismissal of a case. Lawyers for the parties are ethically obligated to their clients to maintain the confidentiality of the agreement.”

The withdrawals are required because Prof.Cond.R. 1.16(a)(1) requires lawyers to withdraw from representation when it will result in a violation of the Ohio Rules of Professional Conduct, i.e. Prof.Cond.R. 5.6(b).

Fortunately for Ohio lawyers, the Board has recommended that this opinion be applied prospectively, only, noting “the myriad of factors that are involved in the negotiation and acceptance of pre-existing settlement agreements.”

Also, when Court News Ohio reported the release of this opinion it noted the “Ohio Supreme Court has indicated that it will be reviewing Adv. Op. 2018-3 and may propose amendments to the Rules of Professional Conduct in response to the opinion.”

The opinion also reminds lawyers that if the name of the client is in the style of the case, the lawyer must obtain the consent of client before referring to the case in marketing or advertising.

What is unclear from the opinion is whether a lawyer may publicize what is in the court record (which the opinion notes are documents filed with the clerk of courts or submitted the court) if the client has agreed to a confidentiality term requiring the client to direct the lawyers to refrain from publicizing facts from the court record. This is so because Prof.Cond.R. 1.9(c) provides that “A lawyer who has formerly represented a client in a matter… shall not … (2) reveal information relating to the representation except as these rules would permit or require with respect to a client.”